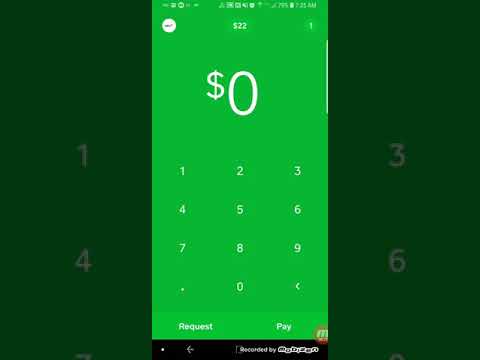 STORY OF THE WEEK

•Cosmos, a blockchain interoperability project has released its platform dubbed “Cosmos Hub”. This comes after 3 years of planning and development and a $16,000,000 USD raise in 2017. The platform aims to solve scalability of distributed technology by proposing a platform of blockchains.

•In the U.S state of Texas, a bill has been proposed to require identity verification for sending cryptocurrency payments.
•Central bank of Russia aims to introduce an annual limit of 600,000 rubles ($9,100 USD) for unqualified investors who want to purchase digital assets.
•Thailand Securities and Exchange Commission (SEC) has approved the decision to create a portal for regulated ICO’s.
•Singaporean based exchange Quoine has been found liable by the Singapore International Commercial Court (SICC) for reversing 7 trades from market maker B2C2 in April 2017. Trades were valued at 10 Bitcoins per 1 Ethereum.
•The Canadian Securities Administrators (CSA) and the Investment Regulatory Organization of Canada (IIROC) is now seeking regulatory input on cryptocurrency exchanges, in an attempt to integrate securities laws where appropriate.
•In the U.S state of Colorado, governor Jared Polis has signed the Digital Token Act on March 8th, 2019. This will exempt specific cryptocurrencies with specific characteristics and functionality from being classified as a security.

•Tether has recently updated terms of service which will shift its reserves from 100% traditional currency (USD) to a combination of traditional currency and cash equivalent assets such as loans.
•Samsung unveils a native cryptocurrency wallet for its flagship S10 device that can be found on the Samsung Galaxy Store. Wallet will support Ether (ETH) and ERC20 based tokens alongside 4 dApps from the outset.
•MyEtherWallet launches an alpha version of its Ethereum blockchain explorer, EthVM. INSTITUTIONALIZATION
•Kakao Corp, the creators of KakaoTalk – South Korea’s most used messaging app raises $90 million USD to supplement the launch of a new blockchain platform in June dubbed “Klaytn”.
•A blockchain based ETF, consisting of 48 companies involved or building blockchain technology has launched on the London Stock Exchange (LSE).
•Chicago Board Options Exchange (CBOE) announces that it will not add a Bitcoin (BTC) futures market in March.

•Mark Karpeles, the CEO of Mt Gox faces a 10-year jail term from the Japanese authorities for embezzlement of client assets.
•Danelle Dixon has been appointed the new CEO of the Stellar Foundation, previously COO of Mozilla.
•Konstantin Ignatov, CEO of multibillion-dollar pyramid scheme OneCoin has been arrested and charged with conspiracy to commit wire fraud. Ignatov’s sister, Ruja Ignatov is charged with wire fraud, securities fraud and money laundering.

•@cz_binance – “Populaunpopular opinion: Everyone will be in crypto, sooner or later, whether they know it or not, whether you like it or not.”
•@barrysilbert – “Wells Fargo, a Buffett investment, has been fined 93 times for fraud and other abuses, for a total of $14.8 billion in fines since just 2000. I'll take bitcoin's "charlatans" over that any day.”
•@erikVoorhees – “Crypto is software eating finance”

Wells Fargo Digital Cash uses R3’s Corda Enterprise software and will operate on the banks distributed ledger network. It will be subject to a Proof of Concept, and if successful, it will be launched as a pilot project next year. Wells Fargo is the second bank after JP Morgan to seek its cryptocurrency, for internal fund transfers. Welcome to Part IV, our final chapter, where we’ll look at new stablecoins issued by Big Business and leading cryptocurrency companies like IBM, JP Morgan, Wells Fargo, Binance and Bitfinex.. In Part I of our Guide to Stablecoins (2014-2019), we discussed the history, features, benefits and current landscape of this new digital asset class.. In Part II: Libra- A Future Under Fire, we dove ... “Wells Fargo Digital Cash has the potential to enable Wells Fargo to remove barriers to real-time financial interactions across multiple accounts in multiple marketplaces around the world.” Wells Fargo thus follows the US’ largest bank, JPMorgan Chase, in launching a digital currency as a solution to changes in the global financial realm. QuadrigaCX, the largest bitcoin exchange in Canada, has lost $190 million worth of crypto after it lost access to its cold storage wallets. An affidavit filed on January 31 with the Supreme Court of Nova Scotia revealed that $190 million in Bitcoin, Bitcoin Cash, Bitcoin Cash SV, Bitcoin Gold, Litecoin, and Ethereum were lost. Die meisten traditionellen Unternehmen beschäftigen sich intensiv mit der Blockchain, um ihre Systeme zu überarbeiten und bessere Services anzubieten. Durch die Einführung der Distributed Ledger Technology (DLT), wie sie im Volksmund genannt wird, können Unternehmen wettbewerbsfähiger werden. Eines der bekanntesten Unternehmen, das die Blockchain-Technologie einsetzt, ist Wells Fargo & Co. Individuals, businesses, developers: learn from our simple Bitcoin guides. How Bitcoin works, what is Bitcoin, what is blockchain, how to buy Bitcoin, what is Bitcoin mining and more. Wells Fargo, the third largest bank in the United States, is no longer allowing cryptocurrency purchases. The new policy came to light after a customer of Wells Fargo complained on Twitter. It was already known that Wells Fargo is not a fan of crypto. The American Bank already spoke out against Bitcoin and other cryptocurrencies numerous times ... Specifically, Wells Fargo displays its anti-Bitcoin stance by not allowing its customers to perform transactions involving cryptocurrencies, as the tweet below shows, Thanks for reaching out to us. Unfortunately, Wells Fargo does not allow transactions involving cryptocurrency. -Josh — Ask Wells Fargo (@Ask_WellsFargo) July 12, 2019 bitcoin to wells fargo - Wells Fargo is the latest bank to jump into the cryptocurrency space with the launch of its stablecoin product, dubbed Wells Fargo Digital Cash. Are banks starting to understand that they can use ... - Wells Fargo has been named a defendant in a lawsuit where it was alleged that the bank sought to block transfer wires to bitcoin exchange Bitfinex. Bitcoin may be digital cash, but it has a lot in common with the paper currency you carry with you. Both Bitcoin and paper money can be bought, sold, and traded.

Banks Shutting Down Accounts That Buy Crypto on Coinbase